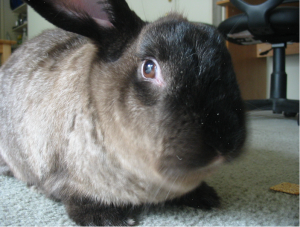 The Sable Rabbit, also known as the American Sable, is a great pet for any age. In addition to their sweet personalities they are also blessed with distinguished good looks. It will come as no surprise that they are becoming increasingly popular as pets, and are also common in the show ring.

Sables are very popular among families with children, due in part to their sweet, gentle disposition. The Sable is so mellow that he is often described as placid. They are great rabbit for anyone to who wishes to show, in fact many children show Sables making it a great beginner show rabbit.

Sables also challenge many breeders to strive for perfection. The Sable is a handsome rabbit. The hallmark of this beautiful rabbit is his lovely fur. Their fur color is shaded, from rich sepia brown on their ears, face, and upper back to a lighter brown on their lower back.

The Sable’s fur should be even, with soft, thick under fur and coarser, evenly distributed guard hairs. Each hair should be the same color throughout. Their fur should roll back. They may not have white hairs anywhere on their body. 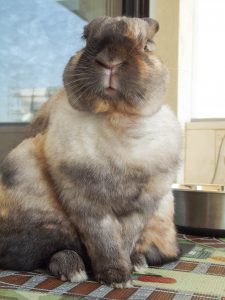 The mature Sable is a larger than average rabbit with weights ranging from five to ten pounds. Their bones should be medium sized to match their moderately long bodies.
Their back is a little arched.

They have medium sized wide heads and ears that stand up. A Sable should have ruby eyes with bright look, often described as a “glow”. In normal light their eyes often look brown, but in the reflected light the ruby red glow should always be present, if this is missing they are automatically disqualified for show.

The American Sable Rabbit originates in France, though some of its heritage may also go back to England. They first appeared in the show rings of Paris in the early 1900s. There seems to be a little debate over the exact ancestry of this rabbit.

It is agreed that it was bred from a Chinchilla. Some maintain that it has Angora in its lines while others hold that Chocolate Havana’s are the other originating breed.