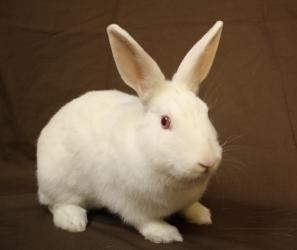 In show, faults are marked for Florida White Rabbits with narrow shoulders or loins or shoulders with flat spots. Wide shoulders are also a fault, as are loins that do not blend nicely into the hindquarters. In the hips, flat or rough tops are faults, as are pinched or lowercut undersides.