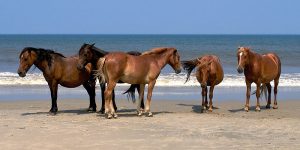 The Spanish Mustang is a rare and valuable horse. They are loved and cherished by their owners, not only for their beauty, but for their physical prowess as well. Spanish Mustangs are adept at most skills, and are very people oriented.

The Spanish Mustang is one of the best known, and oldest known horses. Spanish Mustangs have a great disposition to humans, and have an excellent capacity to learn new skills.

They are renowned for their stamina, toughness and speed. There are also very hardy, and have lived where other horse breeds have perished. Because of their innate competitiveness, they excel in endurance and riding tests.

Spanish Mustangs are quite beautiful. At maturity, the Spanish Mustang will reach a height of 13 to 15 hands. They come in many different colors, but are mostly black, chestnut and bay.

They have crescent shaped nostrils, curved and notched ears, and the neck is well arched. Spanish Mustangs have medium chests with a vee between their forelegs. The tail is medium to low, and like the manes, is full bodied. Some of these horses have double manes.

The Spanish Mustang descends from the Andalusia, North African Barb, and the Spanish Sorraia. They were brought to the Americas by the Spanish Conquistadors to help navigate the harsh mountains and deserts of New World. 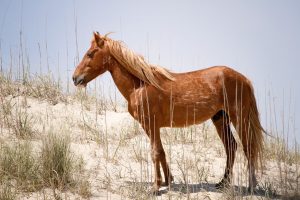 Eventually American Indians made use of them. In the 1920s, some of these Indian horses, now wild, were rounded up and tamed. But extinction loomed. Saved by Robert I. Brislawn who started a preservation project in 1925, he formed The Spanish Mustang Registry in 1957.

This organization has kept to its pledge to keep the breed pure, allowing no outside human influence, making its purity rare in the horse world. The Spanish Mustang has been called an “easy keeper” by enthusiasts.