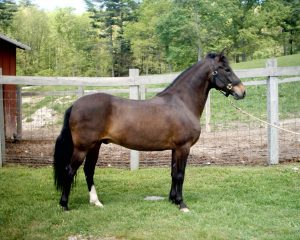 As the world is remembering the joys of gaited horses, the Paso Fino, a naturally gaited breed, is making an international comeback. Once popular throughout the world and still esteemed in its native Latin America, the Paso Fino has quickly become one of the most highly respected gaited horses in the world.

Well known for its affectionate and gentle disposition, the Paso Fino is a horse with an excellent temperament. The Latin American people are well known for their distaste in breeding animals with unsuitable temperaments and so, with some exceptions, Paso Finos are kind, friendly animals.

They strive for affection and are definitely animals that need to be around humans. Even stallions, usually notorious for attacking each other, will stand together happily. Paso Finos are as gentle under tack as they are otherwise, and really enjoy human company.

Like other horses, if frightened they will likely respond by either running or fighting. Besides its temperament, what separates the Paso Fino from other animals is its gait. They have four gaits, the slowest of which is the paso fino.

This gait is characterized by quick footfalls that come in cadence. The faster the Paso Fino’s footfalls come, the slower they move. A horse with fast footfalls is more highly desired. However, this gait is not recommended for pleasure or trail riding as it takes a lot of energy, for both the horse and the rider.

The second gait is the corto, which is faster and more relaxed than the fino. It is still slow and replaces the twobeat trot, as it is performed effortlessly, but still produces a smooth ride for the rider. The largo is the fastest, most exciting gait for the rider.

A Paso Fino performing the largo gait can reach speeds of around 30 miles per hour. It is similar to the corto but much faster. Paso Finos also have a canter, which is about the same for the Paso Fino as for other breeds. It is recommended that the trainer not ask the horse to canter until it is clear they can perform the other gaits with ease.

The Paso Fino is a small animal, ranging between 13.2 and 15.2 hands. They have good conformation, without exaggerated muscling. They are regal in appearance and appear in all colors. Common colors are chestnut, bay, palomino, black, gray, roan and pinto.

Like many of the other Latin American breeds, the Paso Fino finds its origin in Spain. It is related to the Andalusian, the Spanish Barb and the Spanish Jennet, all breeds native to the Iberian Peninsula. The Paso Fino was first produced on Christopher Columbus’s second expedition to the New World, in 1493.

Paso Finos was the chosen mount of the Conquistadors because of their stamina and smooth ride. Both the Peruvian Paso and the Colombian Paso Fino were bred from these early Pasos. While the rest of the world forgot about gaited horses, the Latin Americans continued breeding them. 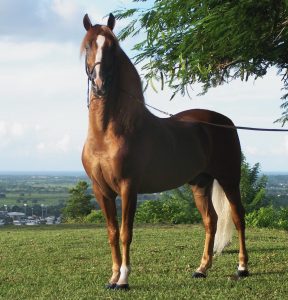 This shows great foresight on their part, as gaited horses have made a great comeback in the rest of the world. In the late 1950s, U.S. Army personnel stationed in Puerto Rico decided to import Paso Finos to the United States. The first registry was the American Paso Fino Association.

This registry consisted of all Pasos. The first exclusively Paso Fino registry was started in 1972 and was called the Paso Fino Owners and Breeders Association. In 1974, six stallions were imported from Puerto Rico and Colombia and named as the American Paso Fino foundation sires.