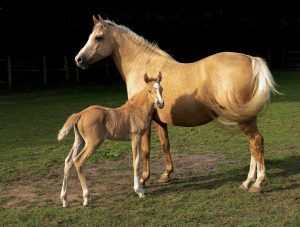 The Palomino Horse, also known as the Isabella, Golden One, Golden Horse, Golden Dorado is a color type that has been revered throughout the ages and continues to be revered today for its majesty and beauty.

The Palomino Horse has always carried an international appeal along with it for its excellence. Their history suggests that Palominos have always been something of great desire to own and it seems that this trend will continue for a great deal of time to come.

The Palomino Horse Breeders of America (PHBA) recognizes and registers Palomino Horses on a few terms. The Horses must be between 14 and 17 hands tall coloring of a light to dark gold, these are the determiners of whether or not the particular horse in question can be registered as Palomino.

Eyes are black, brown or hazel and it is a definite must that the mane and tail of the Palomino be white with a leeway of only 15% for chestnut, sorrel and dark hair. They must have the refined bone, head and general structure, which are recognized by the PHBA in the breeds they recognize.

Crème colored horses with blue eyes can now also be registered as Palomino by the PHBA since these Horses have been shown themselves to always produce Palomino. The Palomino Horse has a very exotic and rich history. 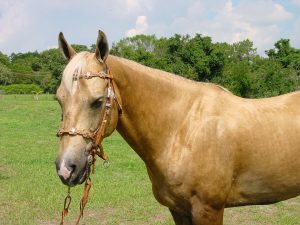 Queen Isabella herself made a decree at one point in history that stated only royalty was suitable and allowed to ride these particular Golden Horses. Asian and European countries have prized these Horses for centuries but they are most well-known today in North America where they have thrived since their introduction to the area by Spanish conquistadors so many centuries ago.