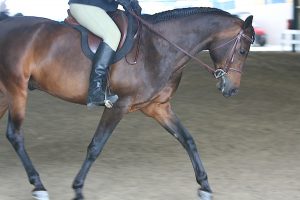 The Morab is a powerful horse with great athleticism and grace. They are highly desired for their superior physical traits as well as their excellent personality. The Morab is a highly versatile horse and can perform a range of equine disciplines.

Morabs are known to have a very kind and loving disposition. The Morab actually prefers to be with people, and is great with children. They have an even temperament, and a great desire to please. Morabs make great family pets, as well as good show horses. They are a very popular riding horse, due to their kindness, strength, endurance, and high degree of athletic ability.

At maturity, the Morab stands between 14.2 and 15.2 hands tall, and has a weight between 900 to 1200 lbs. They have a strong, muscular appearance. Their body color ranges from black to brown, and may have white markings on the face and below the knees, indicative of the Morgan or Arabian horse.

Morabs have a straight to slightly dished head with broad cheeks, a narrow muzzle and large nostrils. Their eyes are large and dark, and are set wide on the head. The ears are small and pointed, which add to the sharpness of the horse’s appearance. 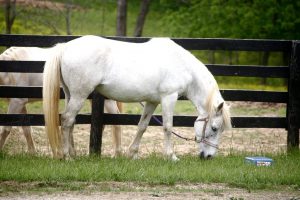 Their neck is thick and has a good length. Morabs have muscular shoulders, which are long and sloping. Their chest is very broad in the heart and lung area, which gives the Morab its great endurance. Morabs have a short back and a muscular hip.

The Morab’s legs are long, straight and muscular, with wide round hooves, which are dense and strong. Their tail is set high, and is full bodied, like their mane. The Morab is half Arabian and Half Morgan.

William Randolph Hearst is credited with pulling the words Morgan and Arabian together to give the Morab its name. They were bred in the West, and have won many races. Today the Morab can be found throughout the United States and in Canada.