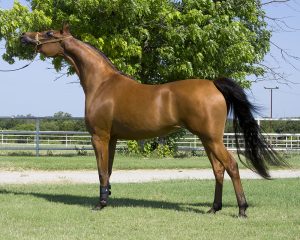 The Arabian horse is perfect for anyone who wants an intelligent animal that is easy to train and that enjoys human companionship. The Arabian also makes a terrific racer. The Arabian makes a fantastic companion animal.

Although the Arabian, like any horse, needs a large area to live in, they make great pets. In Ancient times, people brought their Arabians in on a cold night to sleep in the “family” tent! Arabians have had a long time to interact with people and have therefore developed an ability to bond with humans.

The Arabian is also considered more intelligent than most other horses, since they have a long memory. They easily comprehend instructions, and are sociable, as well as resourceful. The Arabian also lives longer than most other breeds and may even live long past 30 years! Finally, the Arabian is well known for its people loving personality.

The Arabian horse is often described as beautiful. They typically have bluish-black skin around their eyes, which makes them look as if they were wearing eye shadow! The Arabian is a tad smaller than other breeds, averaging about 14.1 to 15.1 hands and about 900 pounds. Because of their arched neck, flaring nostrils, large eyes and very high tail carriage, the Arabians are also sometimes referred to as elegant. 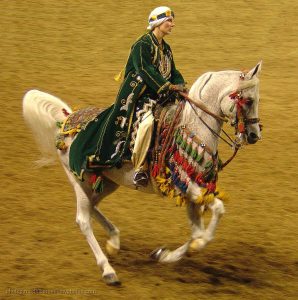 The Arabian Horse has a long, romantic history. Although a specific country of origin is not known, there have been recordings of ancient Arabians all over the world. The Bedouin tribes of the desert cherished the Arabians for their ability to withstand long journeys through the desert as well as for their gentleness and affection.

They were also considered fearless in battle. The Europeans added Arabian Horses to their bloodlines for saddle horses to improve the quality of their horses. The Arabian has been called the oldest purebred in the world. Because of the care taken in keeping their bloodlines pure, it has been said that an Arabian from hundreds of years ago will look exactly like a modern one.