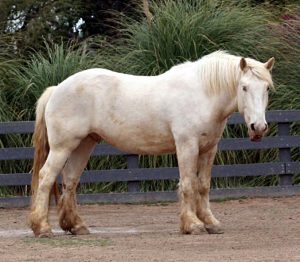 A veterinarian by the name of Eric Christian was so impressed with Old Granny, when he saw her at a farm sale, that he convinced the Nelson Brothers, also of Iowa, to buy a foal, known as Nelsons Buck, and create a new breed of horse, possessing the cream coloring and amber eyes. It is thought that the stallion that has had the greatest influence on the American Cream Draft Horse is Silver Lace, who was the great-great-grandson of Old Granny. 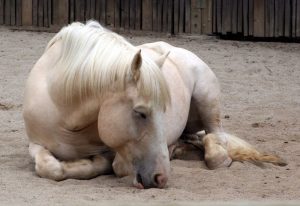