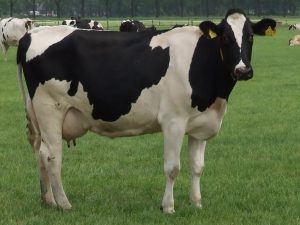 Swedish Friesian Cattle, also known as Swedish Black and White Cattle, have become increasingly scarce not because they have lost popularity, but because their bloodlines have become diluted in a variety of cross breedings!

Hardy and easy to handle, Swedish Friesian Cattle adapt very well to most management systems. They can tolerate both hot and cold climates, and continue to have a high milk yield under trying conditions. At maturity, Swedish Friesian bulls weigh around 850 pounds while cows are only about 600 pounds. Their bodies are wide but the cattle themselves are not particularly tall, and have short legs.

Generally, Swedish Friesians are a black and white patched cow with good dairy and udder conformation. They are horned, although they may be dehorned when young to make them easier to handle and to reduce accidental injury. The horns of Swedish Friesian Cattle are of medium length. 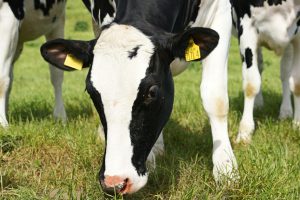 They were based on German Cattle like the old Friesland type and were crossed with various Dutch cattle including the Holstein-Friesian. The herd book was established in 1880 and the Swedish Friesian was very popular, but continued to be usurped by the Holstein-Friesian, especially in Southern Sweden. 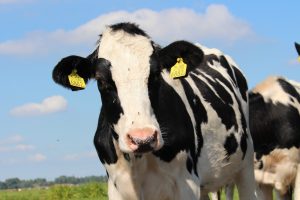 Swedish Friesian are known in their own country as Svensk Låglandsboskap or SLB. They have also been called Swedish Lowland Cattle. Swedish Friesian Cattle do very well under management systems in which they are housed for the harshest six months of the year and offered mixed feed.

The rest of the year they do fine on grazing. They are also hardy and adapt very well to most climates. Swedish Friesian Cattle reach sexual maturity at about the same age as Swedish Red and White Cattle and nearly all their other reproductive traits are similar to these cattle. They have fairly easy calvings, with average ages at sexual maturity, calving intervals, calving rates, calf mortality rates and daily gain in calves. They produce plenty of milk for their young.