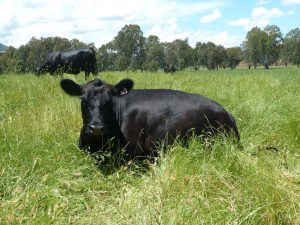 They are also quite easy to manage when young, as female Australian Lowline Cattle do not begin to cycle until they reach full weight, eliminating the risk of mating before the cow is ideally developed or before the farmer has planned her to. When an Australian Lowline Cow has reached three years of age, he is about 60 percent of the size of a usual beef breed! Generally, Australian Lowline bulls and heifers weigh about 710 pounds and are 95 to 105 centimeters tall at the shoulder when fully grown. They do not have horns, which makes them easier to handle, and are pure black in color. 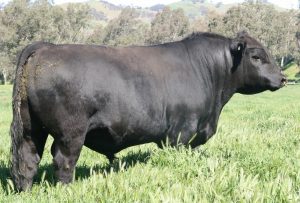 Australian Lowline Cattle are selectively bred to keep the gene pool absolutely pure, and there is now a large enough population of these cattle to ensure that inbreeding does not take place. Australian Lowline heifers do not begin to cycle until 14 to 18 months of age, or 220 kg in weight. Because of the small size of Australian Lowline calves, many farmers keep them in a sheep race and do not move them into a calf cradle until they are at least five months of age.