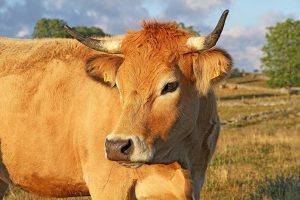 Aubrac Cattle, an incredibly hardy French breed, can be used for many purposes! With its ability to thrive on the poorest food and conditions, the Aubrac is a valuable contribution to any herd! Aubrac Cattle are docile, having been used as draft animals for years. They are willing and hard workers and are athletic, loving exercise!

Aubrac Cattle are well adapted to most environments and management systems. They are so hardy that they are nearly immune to cold, able to be pastured in high altitude areas with nighttime temperatures below freezing! Generally, a mature Aubrac Bull stands 130 centimeters at the shoulder and weighs about 825 kilograms. Cows weigh 580 kilograms and stand at about 125 centimeters. The body shape is deep and well muscled.

Aubrac Cattle’s coats range from soft fawn brown to deeper brown shades. They are horned and their black hooves are very strong. Aubrac Cattle can produce, on average, about 2,180 kilograms of milk with a 4.13 fat percentage every 248 days. This breed has lean, high quality meat with a high carcass yield. The meat is of continental quality with marbling. Aubrac Cattle are also naturally resistant to Trypanosoma! 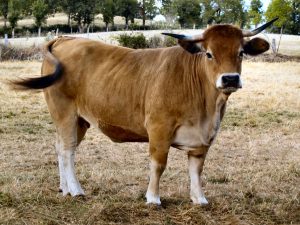 Aubrac Cattle originate in a French Benedictine Abbey, Aubrac. They were carefully bred there from Charolais blood until the abbey was obliterated in the French Revolution, but the breed continued in popularity. It was used for three purposes: draft power, dairy production centering on cheesemaking, and meat. Between 1840 and 1880, Brown Swiss Cattle blood was used to improve the Aubrac pedigree.

The herd book was established in 1892 and recently Aubrac Cattle have spread to countries worldwide, where they are received with enthusiasm. Today, the main use of Aubrac Cattle is for beef, although many still function as dairy cattle. Aubrac Cattle are rising in popularity because of their ability to efficiently convert even the poorest feed. They can survive in high altitudes and can endure extreme cold and heat for short periods of time.

Aubrac Cattle thrive in management systems in which they are pastured for the warmer six months of the year and stabled, fed exclusively on hay, for the cooler six. Generally, calves should be separated from their dams and allowed to nurse twice daily. While stabled, Aubrac Cattle will appreciate exercise in the form of long walks!

Aubrac Cattle are most often crossbred with Charolais Cattle. They have very easy calvings whether crossbred or purebred. They tend to be highly fertile and after calving only two percent are taken out of productivity! Many cows over the age of 12 continue to calve regularly. Aubrac cows have a much higher calving rate than most cattle, but also have higher calf mortality rates. Calves usually weigh 35 to 40 kilograms and Aubrac Cattle produce more than enough milk to continue dairy production in addition to suckling a calf. 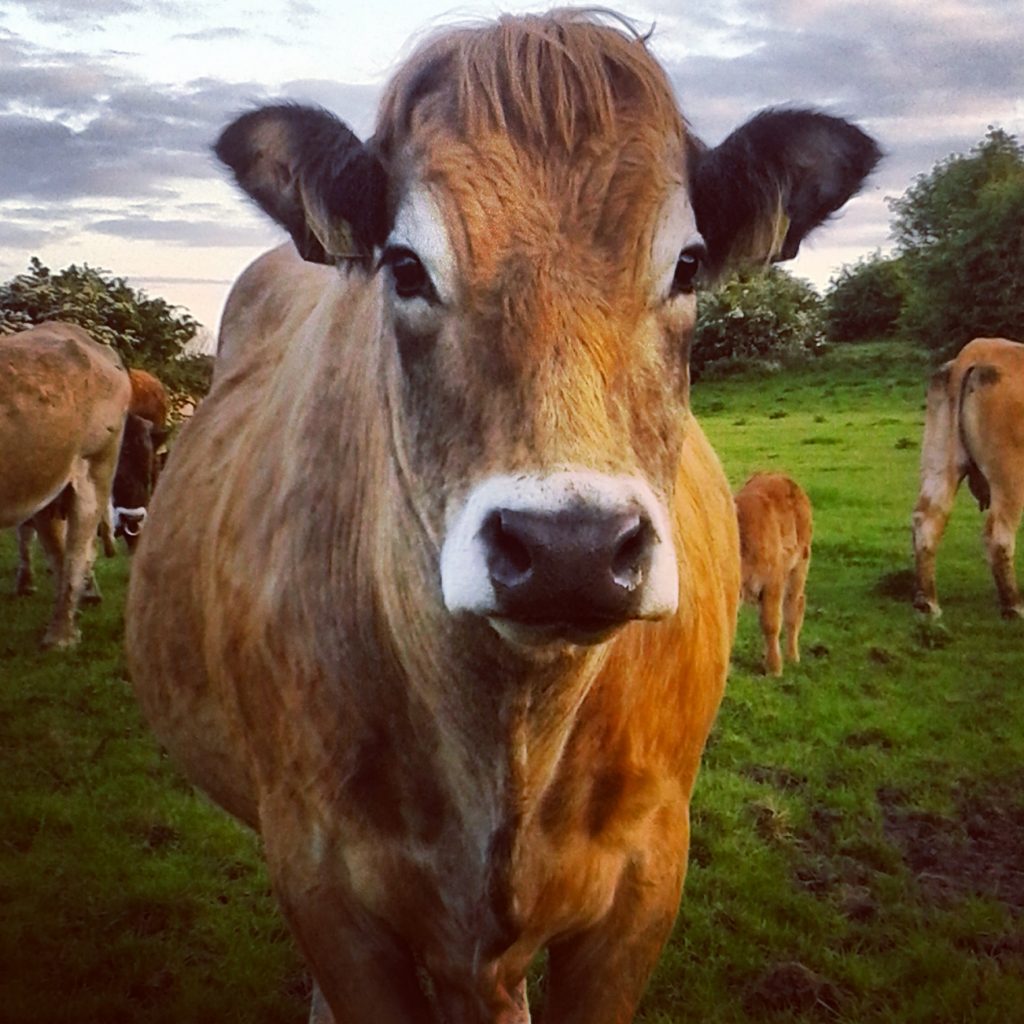