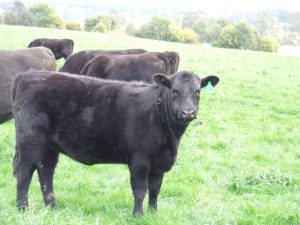 A relatively new breed, which combines the best qualities of the Angus and the Beef Friesian, the Amerifax is a cow you will not want to miss! Amerifax Cattle are known for their gentle dispositions. They are placid and generally contented, and will not spend a lot of time trying to break down the fences to their enclosures! Amerifax Cattle are also quite hardy, and have great maternal instincts! They are good grazers, finishing fields efficiently, and are quite easy to handle. Adapting well to most management systems, Amerifax Cattle seem ideal for most farmers!

As a mix of 5/8 Angus and 3/8 Friesian (Beef strain), the Amerifax bull weighs about 2,000 pounds at maturity. Bulls are larger than cows. Generally, Amerifax Cattle are long bodied and quite thick. They are well muscled, especially over the hindquarters. These cattle are polled, making them easier to handle, and are available in solid red or solid black colorations. Their beef is very red and is high quality, and Amerifax Cattle have high carcass yields.

Amerifax Cattle originated in the United States quite recently, when ranchers discovered the need for a hardy cow with good reproductive traits in addition to a nice personality and great beef conformation. Experimental crosses proved that cattle who were 5/8 Angus and 3/8 Beef Friesian were the best performers, and these cattle became known as the Amerifax breed. The herd book was established in 1977 and since then, Amerifax Cattle have become increasingly popular.

Amerifax steers are ready for slaughter between the ages of 15 and 18 months, at which time they weigh more than 1,200 pounds. Generally, bulls have docile dispositions, but may on occasion fight with each other. Usually, Amerifax steer carcasses receive a cutability grade of two or three. They do well on mixed graze, fodder and grain diets. When pregnant with their first calf, heifers should have supplemented diets.

Amerifax Cattle make caring, attentive mothers. They have very good milk production and reach sexual maturity by the time they are a year old! The bulls are fertile and have high libidos. When breeding, the bull to cow ratio tends to be small because of this! Gestation periods in Amerifax cows are also shorter than those of most breeds. When pregnant with their first calf, heifers should have supplemented diets. They rarely have udder problems and calvings tend to be quite easy. Amerifax Cattle are of medium size at birth and tend to be extremely vigorous, hearty and healthy! Amerifax Cattle generally weigh 75 to 100 pounds more than other breeds at weaning. 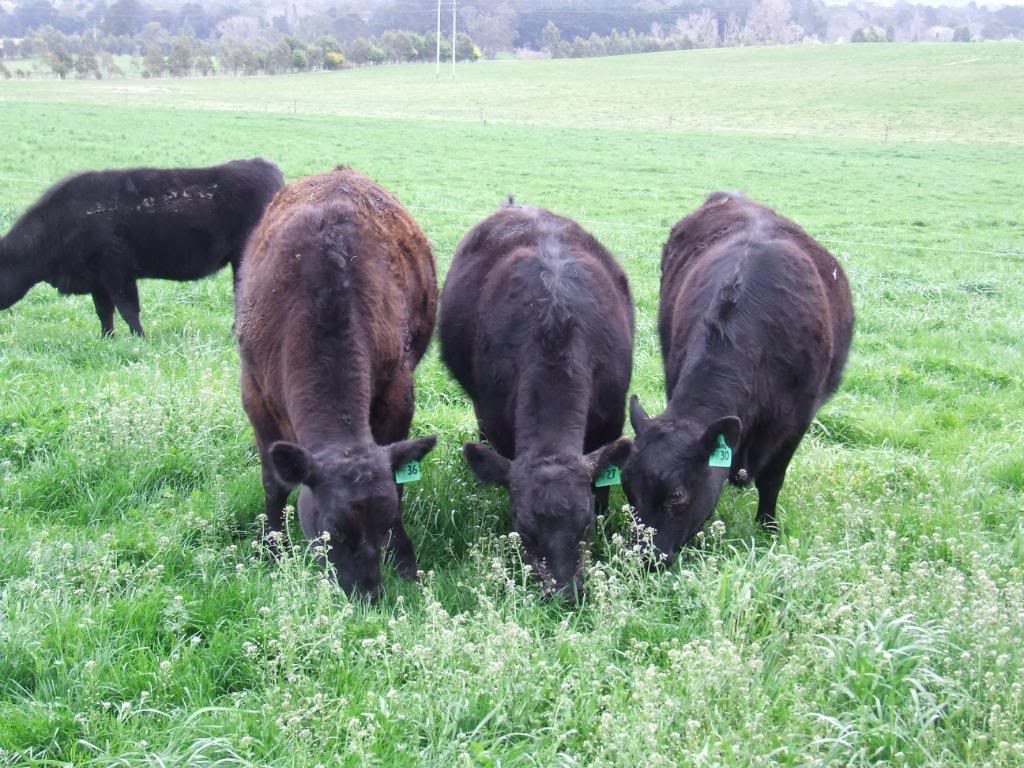